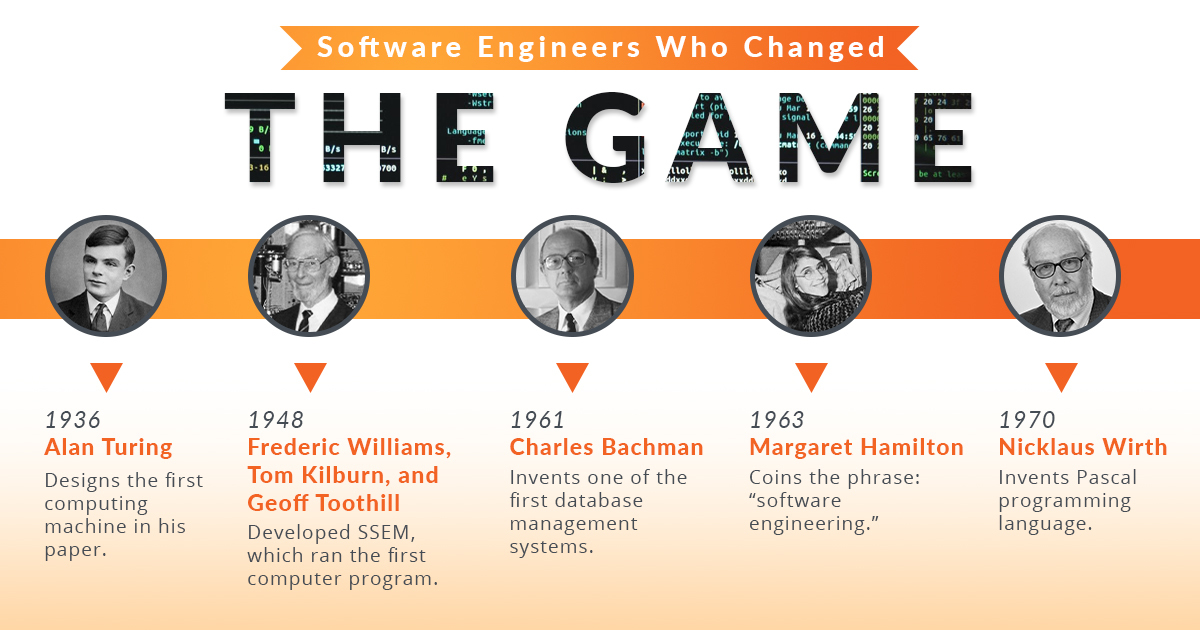 Software Engineers Who Changed the Game

Every field has its history makers and trendsetters. However, software engineers are less likely to grace the pages of a history book. So we thought we would take a moment to recognize the software engineers who made a difference.

1936-Alan Turing- Turing designs the first computing machine in his paper “On Computable Numbers, with an application to the Entsheidungsproblem.” Turing’s work was so influential that the Turing Award —the computer science equivalent of an Oscar— is named in his honor.

1961-Charles Bachman- Bachman joins General Electric Company and invents one of the first database management systems. This invention enables data to be quickly stored and retrieved for the first time. Bachman later receives the Turing Award for his work with database management.

1963-Margaret Hamilton- Even though software engineering has existed since 1948, nobody has coined a term for it. That changes when Hamilton develops the guidance and navigation systems for the Apollo missions. She decides to call the developing field “software engineering,” and history is made.

1972- Dennis MacAlistair Ritchie- Ritchie starts developing the C programming language. C would become one of the most popular program languages due to its ease of use on different computers.

1999-Kent Beck- Beck introduces extreme programming, a type of agile development that changes to meet different user requirements. He would be one of the original 17 people who signed the Agile Manifesto, the document that founded agile programming.

Think we should have included another software history maker? Leave us a comment.