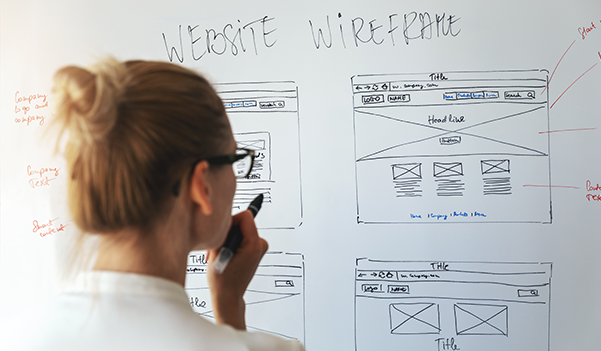 Why UI/UX Shouldn't be an Afterthought

Developers often get frustrated about the rework that can be created when the UI/UX designer comes into a project and needs to make structural changes to improve the UI/UX of a website or application. UI/UX designers approach every project with the accessibility for the user in mind. Because of this, allowing the designer to participate in conversations from the start eliminates rework and creates clarity for the developer. It results in a win-win scenario and gives the developers a clear and concise design to move forward on. This means that the developer will start the project with a good idea for what they need to create and aren't expected to complete something that they can’t deliver on.

This early collaboration creates alignment for the team and significantly reduces the resistance from the development team to make changes after they have completed hours worth of work on the project. It also allows everyone involved on the project, both internally and externally, to have accurate expectations. The designer and developer are on the same page about what they are creating and the client knows exactly what they can expect when the project is completed.

It goes without saying that consumers drive your business. The impact of not putting the user first, from the beginning, is that if you offer the same product or service as another company, the consumer is always going to choose the website that is easier to use. People’s experiences are important—and they should be top of mind. As I mentioned above, it takes users less than a second to form an opinion. If they don’t have a good first impression, it is likely they will be frustrated and maybe even give up. Including your UI/UX team in your decision making will result in reduced friction for the end user. This in turn means a higher chance of a good first impression and a happy customer!

Shoring up your outsourcing knowledge