The project has been finalized, and now it’s time to make your dream app a reality. The trouble is, now you must choose which structural framework to use to actually make the app. Popular choices for web developers include Angular and React. Let’s break down the benefits and drawbacks of using which one for which project.

Angular, developed by Google, is based on JavaScript, open-source, and a framework for web applications. John Glenn, In Time Tec software architect, said there are several benefits of using Angular.

First, it’s well supported. Google and the Angular community regularly update the framework to keep up with the changing tech landscape. This support means finding a guide for solving problems with Angular is easy.

Glenn went on to say that Angular offers further benefits, like an opinionated framework for web app development.

“So it’s not a small tool that’s just bolted on, “ Glenn said. “It’s made a lot of the decisions for how a web app should be have already been made.”

These premade decisions make it easier for beginning web developers. The lack of flexibility can also be a drawback, as different projects may have additional requirements that don’t adapt easily to Angular. 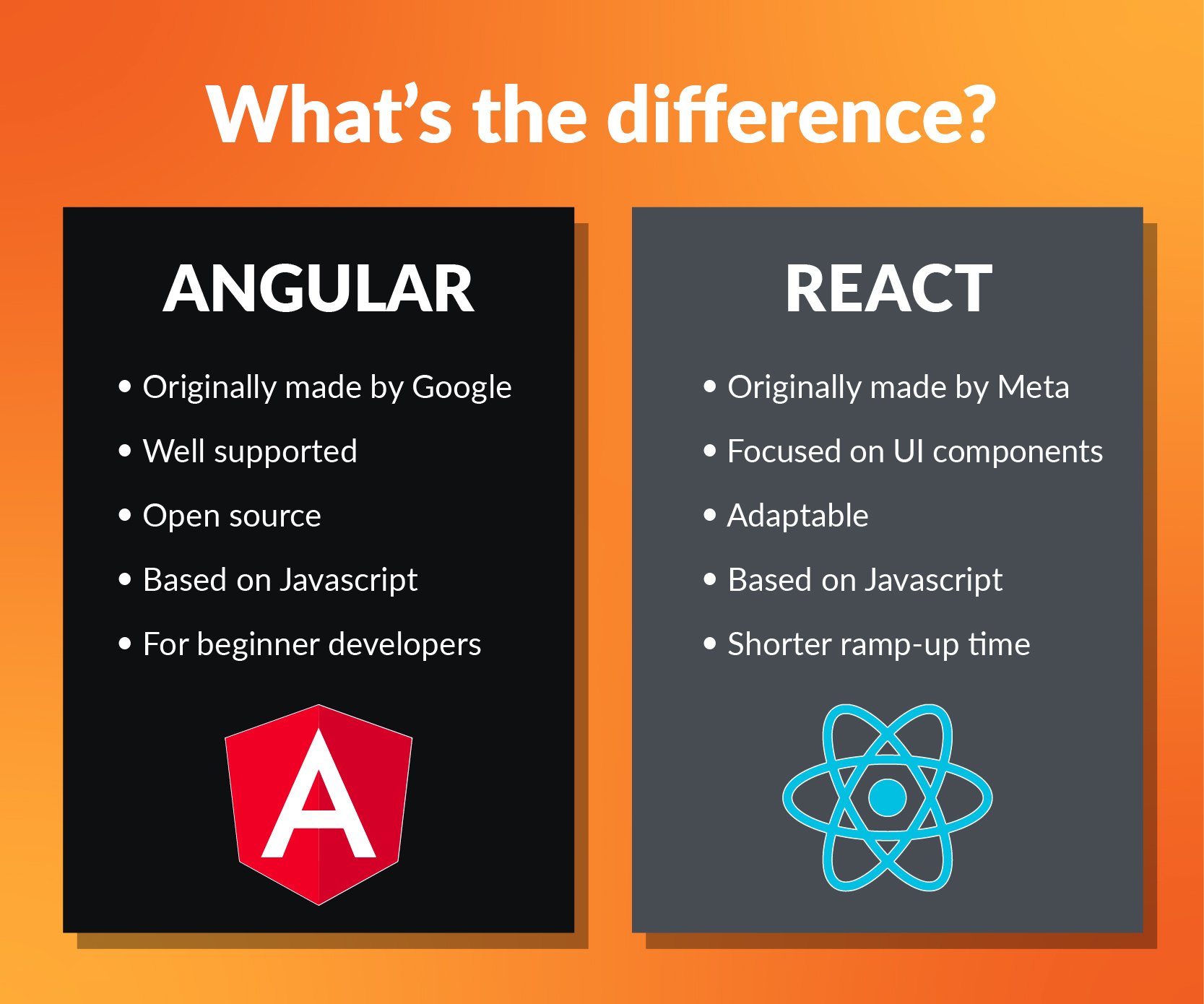 React, a JavaScript library originally made by Meta is heavily focused on building user interfaces for web applications. This focus, Glenn said, means that React is adaptable and can be used for many different applications.

“You can take React and bolt it on to pretty much any other existing technology stack,” Glenn said. “So retrofitting existing React UI components into existing applications is incredibly easy.”

Like Angular, React is open source and maintained by the community. He said React offers a shorter ramp-up time for developers, as you don’t have to figure out the React-specific way of doing things.

“If you know JavaScript and HTML, you can easily make front-end components in React,” Glenn said.

He also said React supports reusing the same code component from a mobile to a web application.

The drawback to using React is that React’s UI focus means other libraries will be required to complete the web app development. This means that the developer must spend some time selecting the components to use along with React.

When to Use Which?

Glenn said there are three significant factors in deciding which framework to recommend. First, how experienced is the development team? Novice programmers may benefit from using Angular, while more experienced programmers could use React. Second, how much mobile application development do you want to do? The final consideration is how much customizability you are looking at for the final application.